With the next update of the Imperial Splendour: Rise of the Republic even more gameplay aspects will be enhanced. In this preview, we will talk about major victory achievement means – Army, Navy and Diplomacy when playing as the Russian Empire.

Let’s start from diplomacy first. And from the probably most significant diplomat of the century – Empress Catherine II. 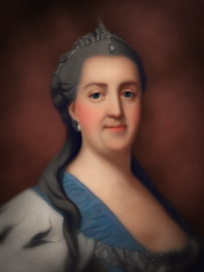 Being a ruler of Russia for already over than 20 years she gained several powerful traits, which help to keep control and supervision over the endless lands. There is a lot of things to do more, but time is merciless and as soon as she dies, it is necessary to be prepared for major changes in all aspects of the Empire’s life. 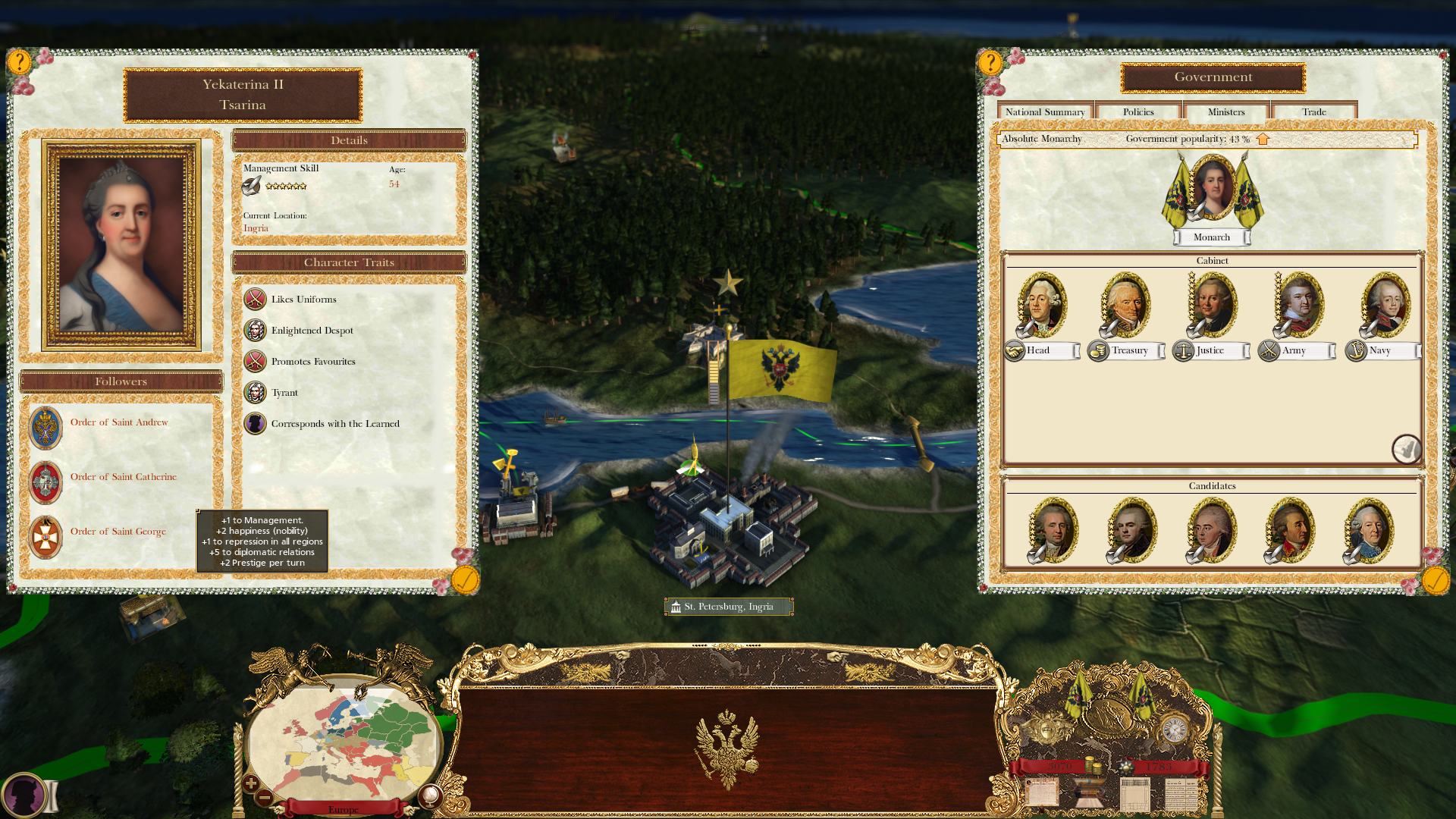 We introduced new characters’ ancillaries based on historical Imperial Russia's award system consisted of seven orders. Catherine received a unique one - with diplomacy bonus. Order of Saint George is commonly given for military victories and heroism only. The other orders are not limited, with traits depending on character type, they will decorate Imperial servants for the honest service. Or for being a favourite of someone.

To adequately react to the challenges given by the constantly changing world, it is needed to keep abreast of the other countries development. This will fall on ambassadors. They will help to gather required information about neighbouring factions’ economics and military might via spying networks and ties inside foreign governments. And generally, about things are going on. 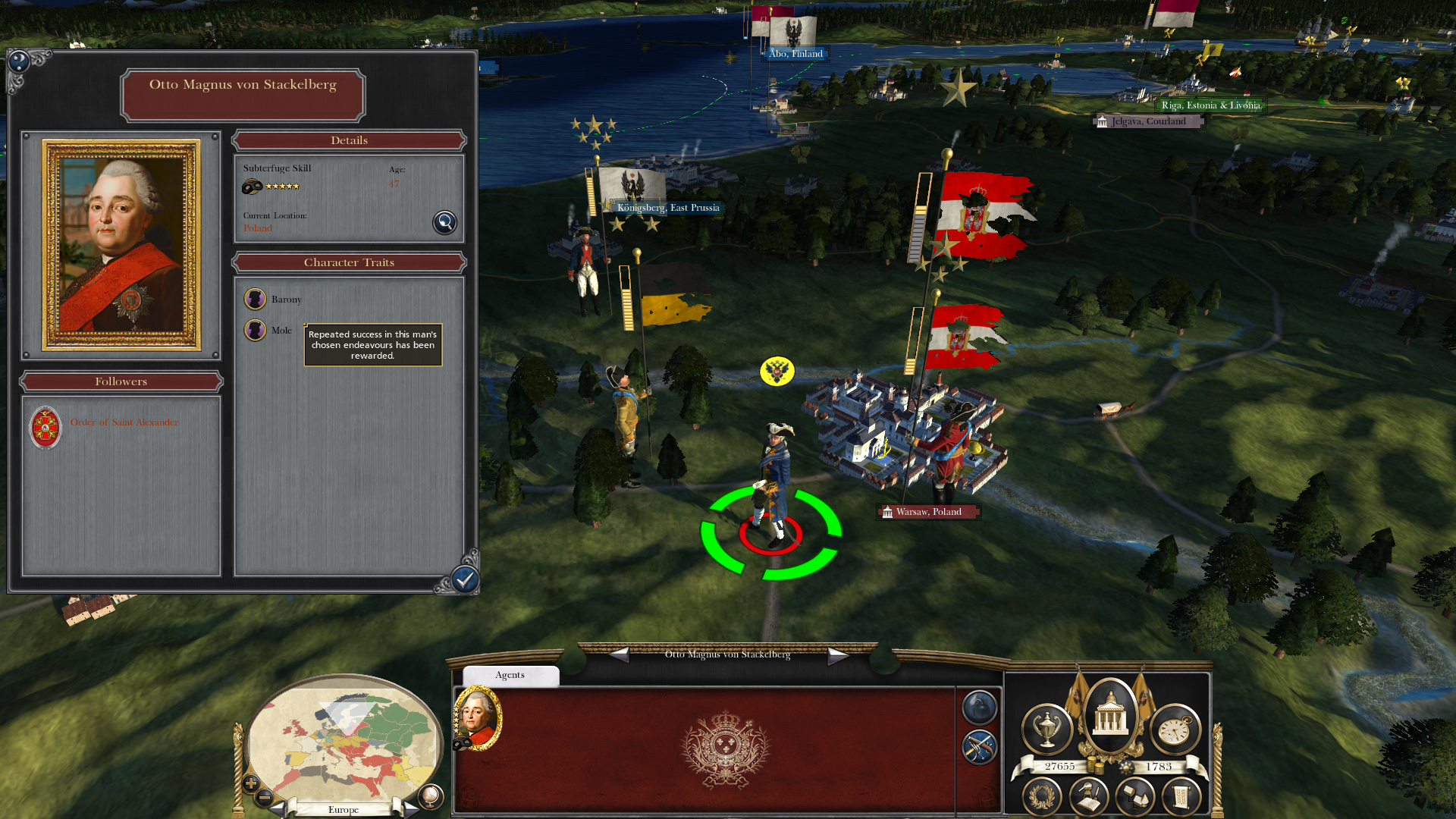 Ten historical diplomats are ready to serve wherever they will be sent.

But who will care too much about diplomacy when it is possible to crush numerous enemies of the Empire with the army led by the glorious field marshals? 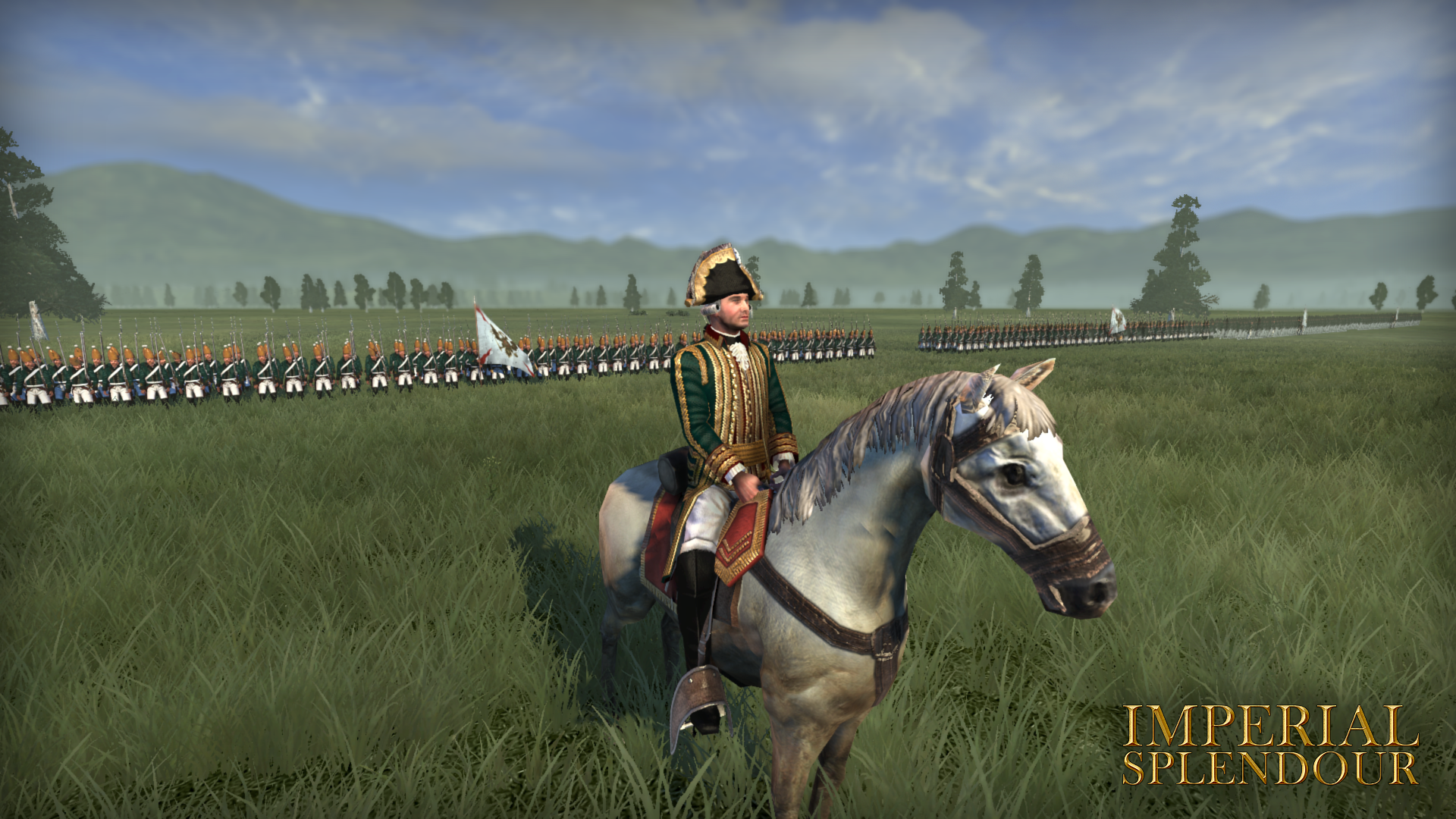 We developed the general's pool, which is a mix of the recruited historical military commanders with different values and importance.

All of them will receive corresponding traits more or less based on their true biography. As the Peter I successfully introduced military governors’ system at the beginning of the century, it was the intention to give generals some of the civil traits as well or garrison policing bonus at least. So, some not being really able on the battlefield, could still be appointed for the civilian duties and faithfully serve. 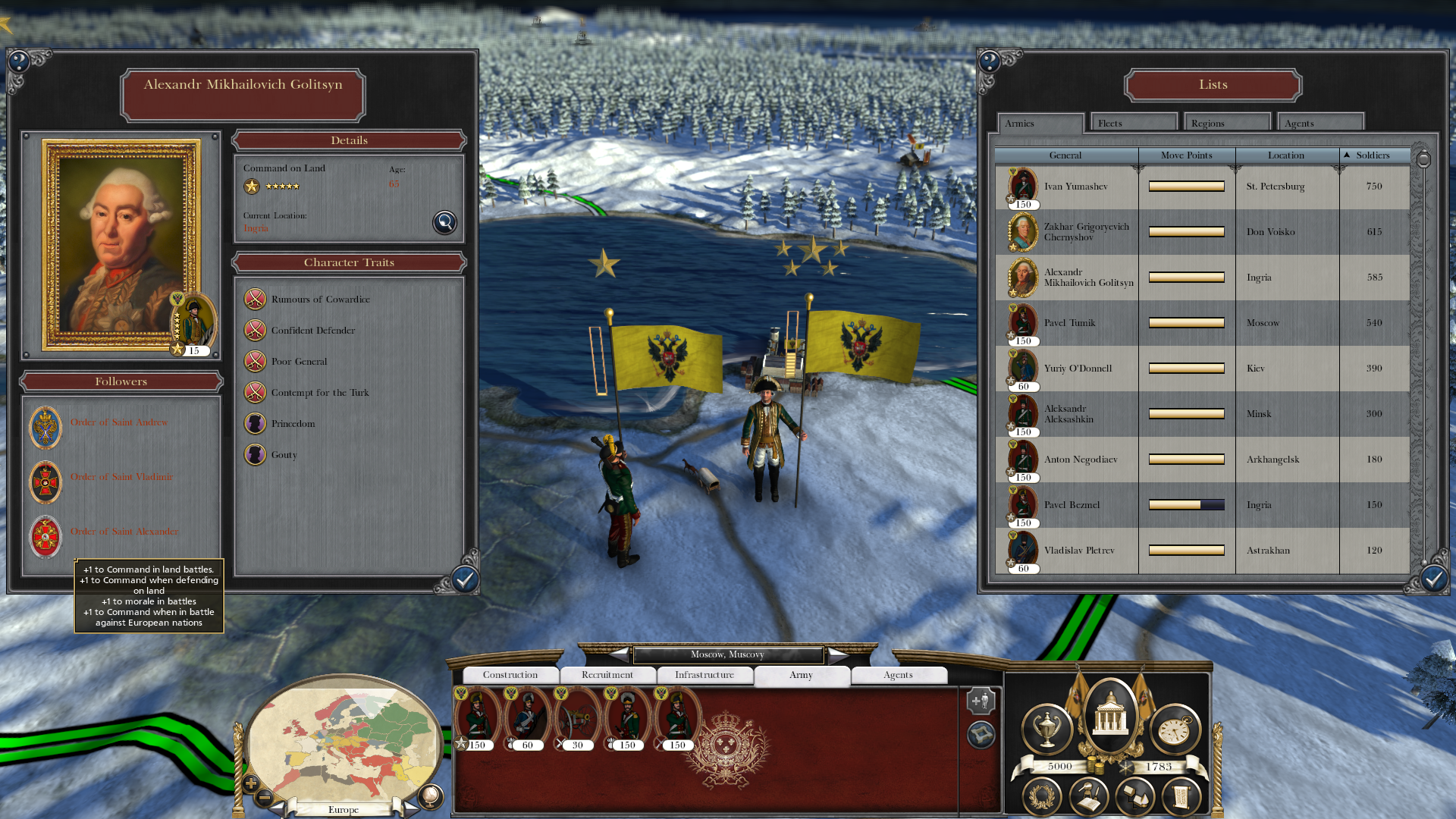 The army is great, but the aims are even greater. It will be mandatory to fight on several war theatres to achieve the victory condition.

To be one of the world’s greatest naval power is a prestigious and expensive thing, so it is necessary to develop a strong economy first before building a large navy. But further Empire's expansion to the south and south-west requires total control of the Black Sea, and so the powerful Black Sea fleet with a well-trained crew.

The naval roster is completely overhauled and benefits of Russian heavy frigates will be significant. 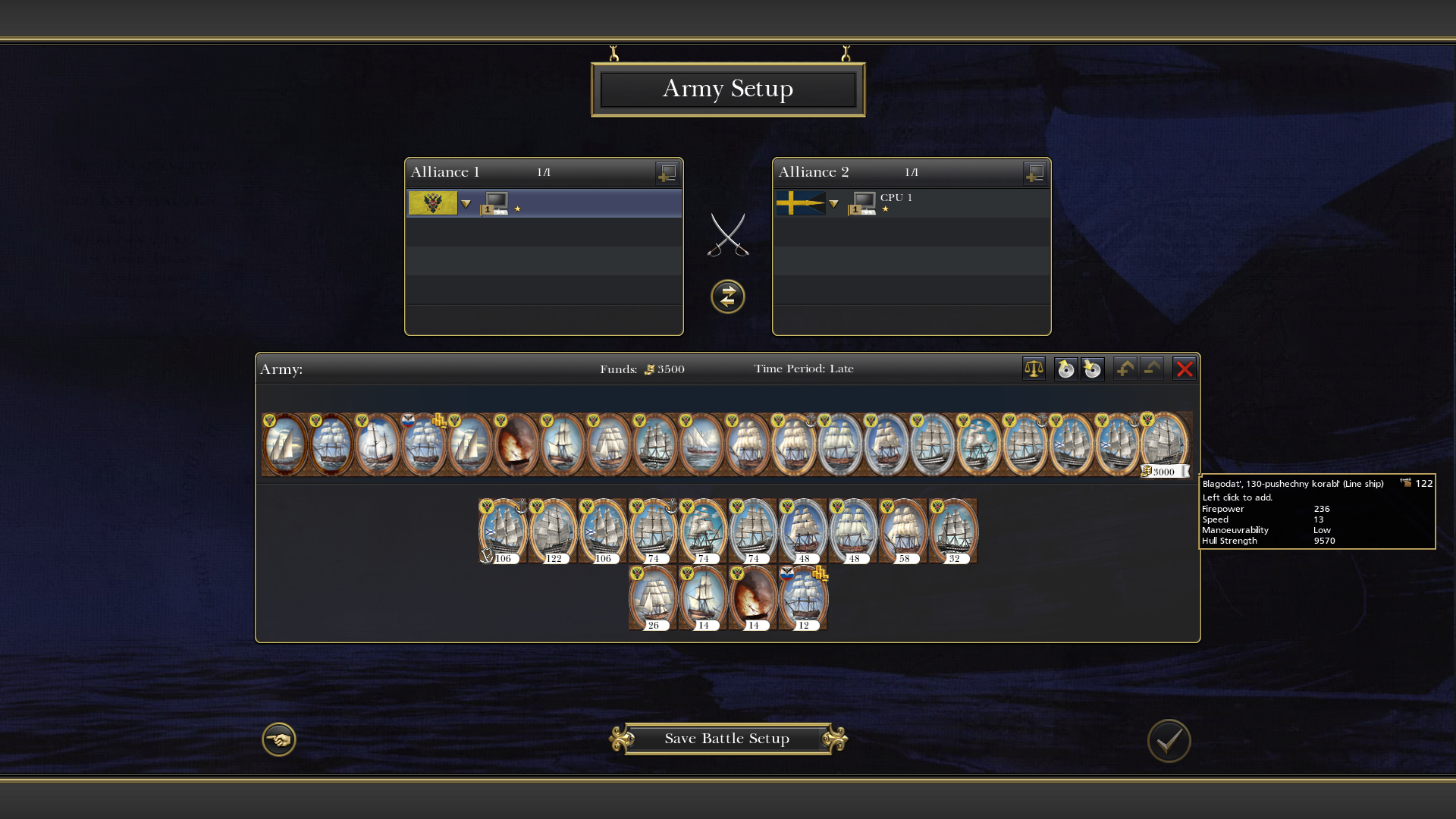 Interests of Empire are not limited to Europe, it is a time to establish a monopoly on the maritime fur trade and to develop and colonize New World territories. Foundation of the Russian-American Company following the example of British and French are inevitable.

Next, we will be working on the introduction of military technologies as close as possible to simulate true development. The religious and scientific part will be overviewed as well.


Also with the next update of Imperial Splendour: Rise of the Republic the Dano-Norwegian army is ready to be led by you.
Of course, you'll get help from your generals and admirals: 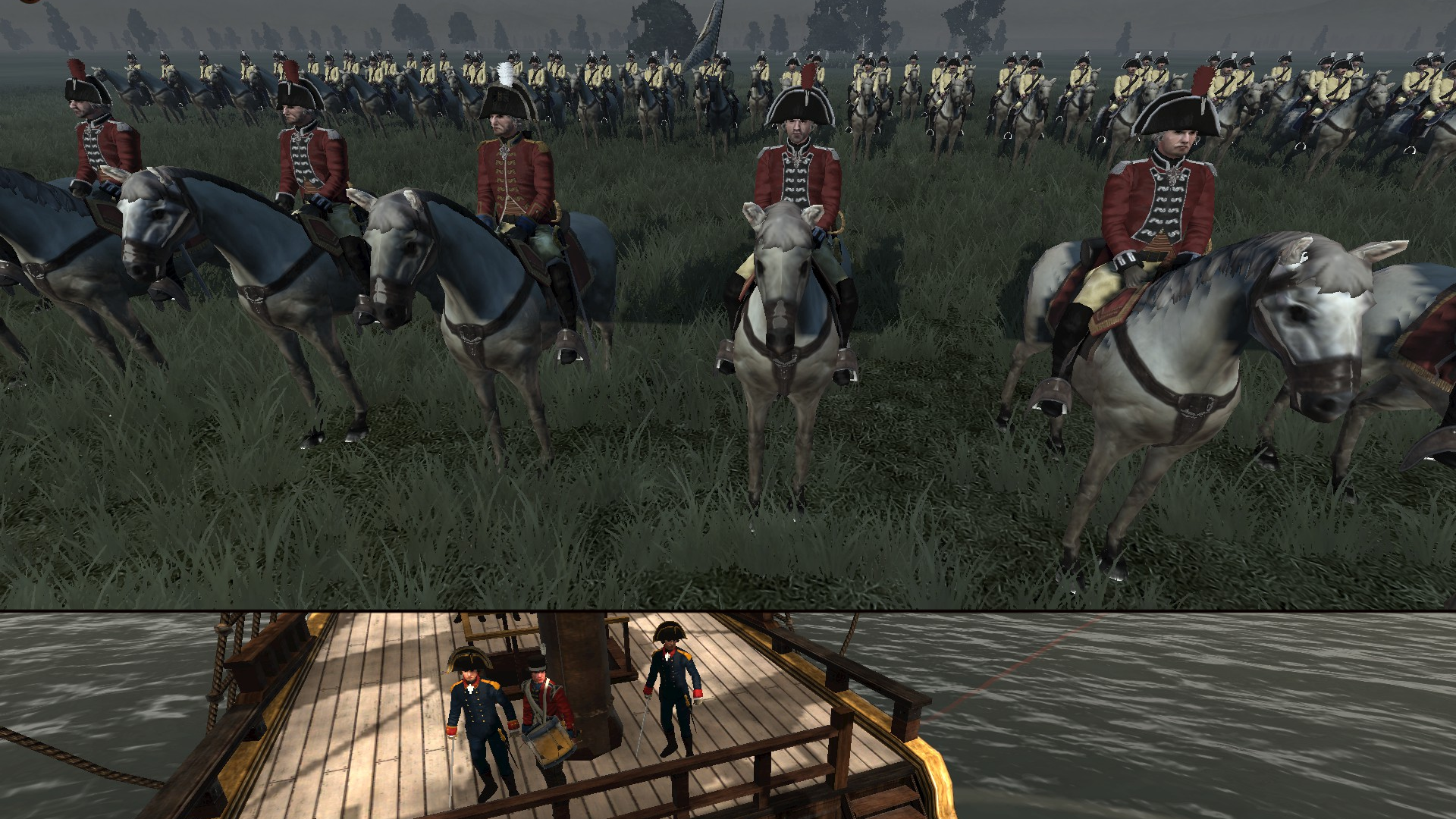 Furthermore this is the roster:

Finally, our team is continuously working on different things such as descriptions, icons, flags, experimenting with game mechanics, etc. just to make it finally possible to submerge in the true atmosphere of the 18th-century world: 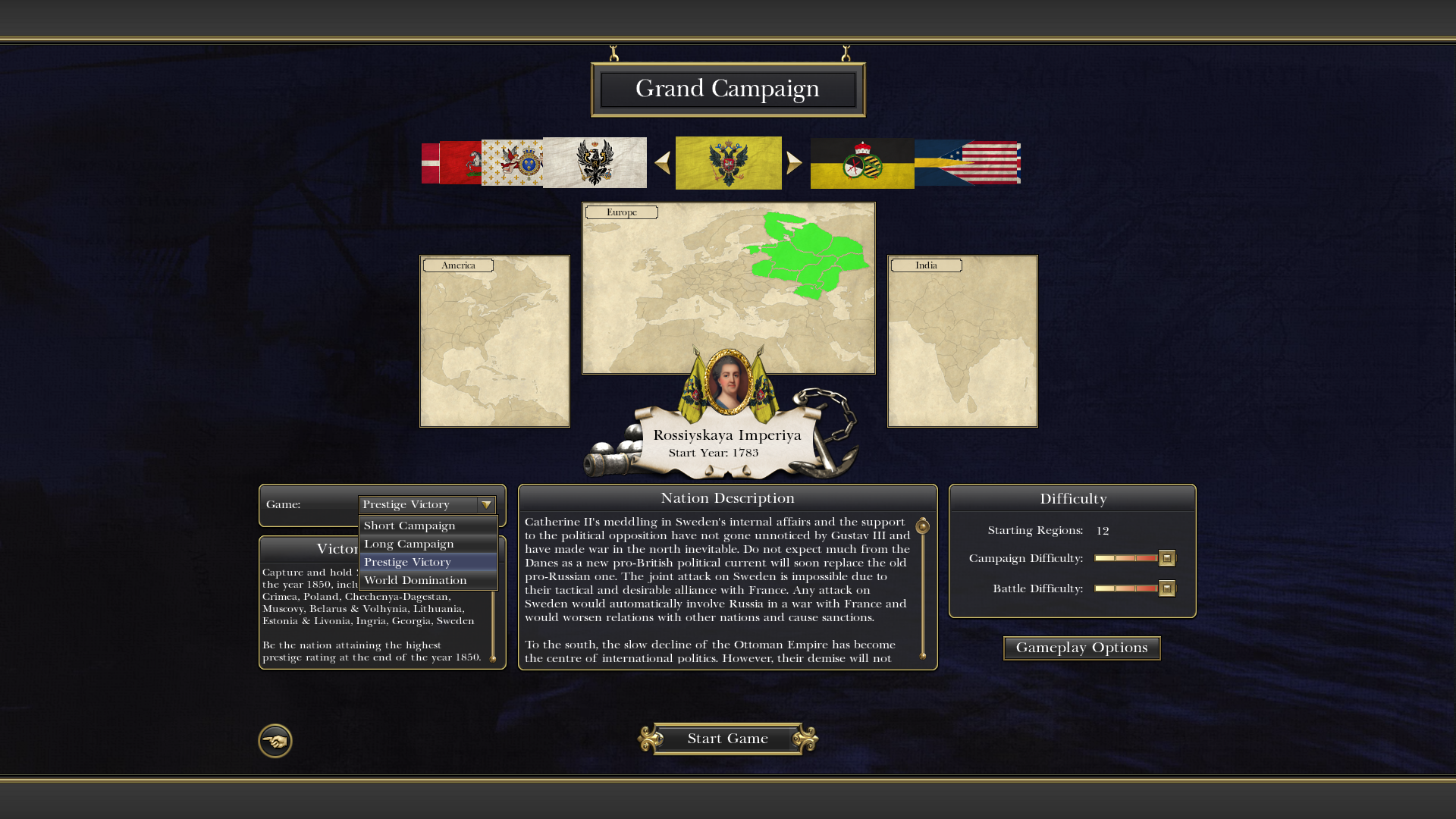 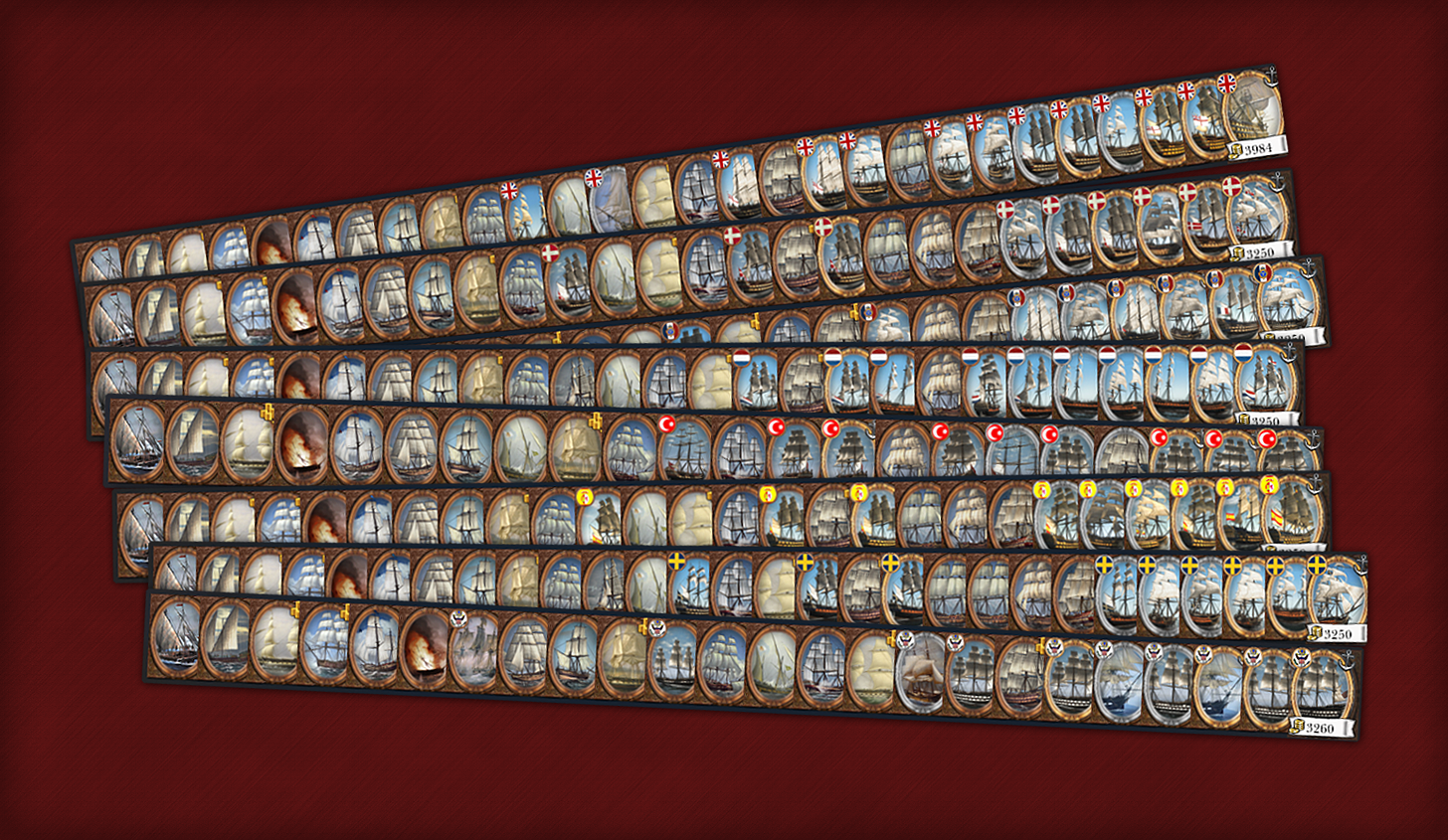 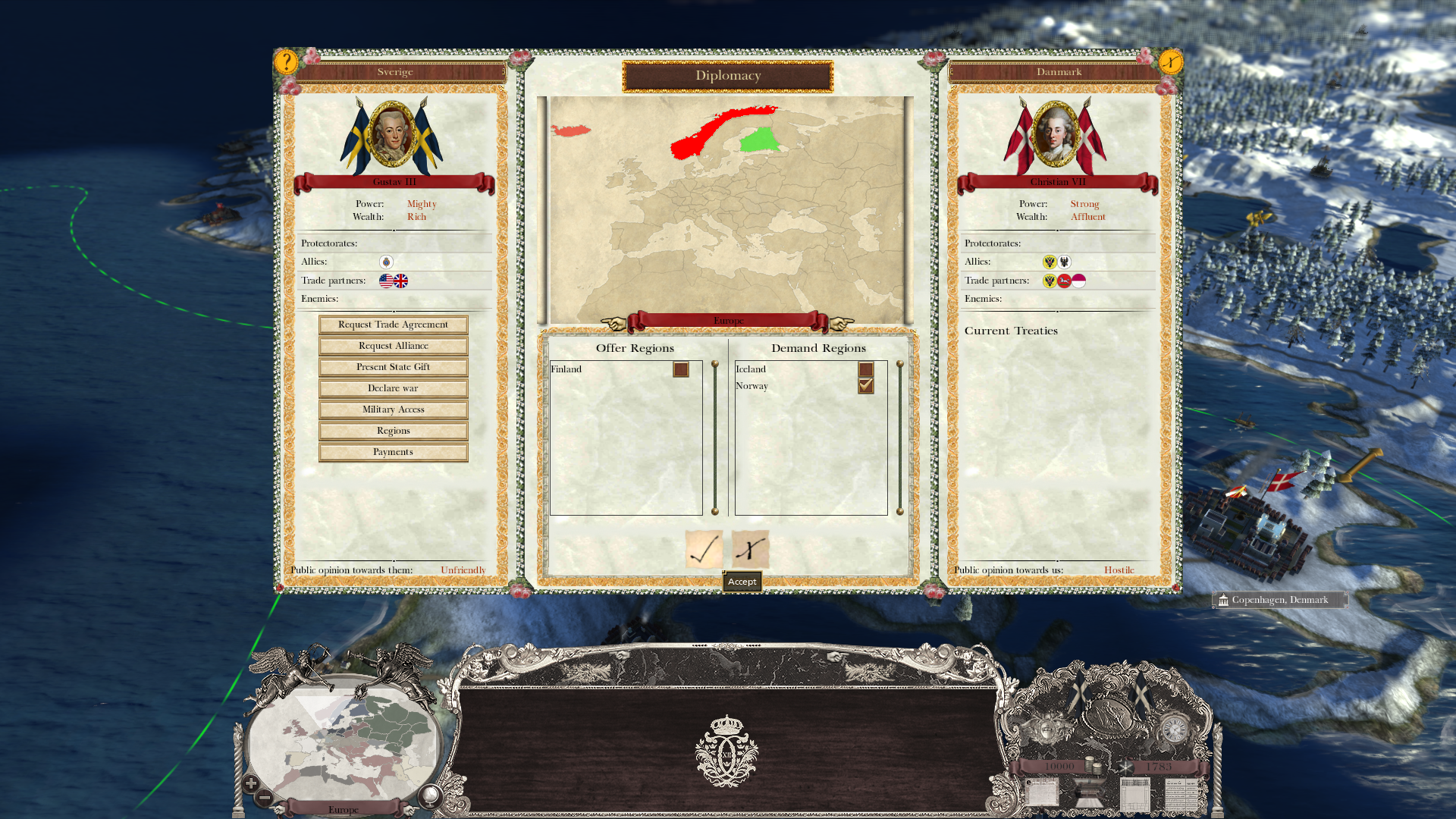 Hello, this might be random, but where did you get the HTML template for the website? Thank you!

May Iq ask Something not related to RotR? I just curious about Why Quintus's Custom tech tree for Colonialism 1600AD was not included into the release product (Since 2014 afterward) I mean it is really good, I don’t understand why “Him” decided to not implement it. PS. I know this is wrong, but “Him" would to not answer if I ask.

@Anonymous Honestly, I have no idea. I just created them and quit working on Colonialism 1600AD afterwards. You have to ask again.

@Quintus Hortensius Hortalus Well than, Seem like you have a bright future after leaving Colonialism 1600 AD behind. As for asking “Him” again. I think it not possible, Since “He" avoids (or maybe “forgot") to answer tech trees question. Since “He" is working on about a late era Submod (Honestly, I think “He" should try to debug the Early era first. Since it buggy as hell.) But anyway I think IS will be prosper, Unlike Colonialism 1600 AD that in constantly decline. Good-luck Sir. -Anonymous

@Anonymous Well I was only for the tech-trees in the Colonialism 1600 AD while I began to work on IS too. And thanks:), but I hope we need no luck while working on IS:D